Have you been charged with a federal crime here in the State of Alabama? You should schedule a consultation with an Alabama federal crime attorney immediately due to the seriousness of your situation. Federal prosecutors are legendary for their aggression against defendants and sentences resulting from federal trials are significantly more severe than their state counterparts. What might have been a simple slap on the wrist under Alabama state law can translate into years in prison and thousands of dollars of fines under federal law. Contact our office as soon as possible to discuss what options are open to you in protecting your rights and your liberty. 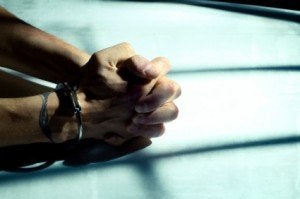 A criminal defense in a federal crime case is based on the specifics of federal law and should be handled by a criminal defense attorney who is knowledgeable about the nuances of federal law and how they can work in your favor. This means that your federal crimes attorney should be skilled at interpreting federal law, making sure that illegally obtained evidence does not become admissible in court, and protecting your civil rights from infringement. If you are thinking of hiring a criminal defense lawyer who does not have a history of success when it comes to federal trials, think again! Do not entrust your liberty to a lawyer who lacks the experience necessary to take on federal prosecutors on your behalf.

It is important to realize that federal prosecutors are the cream of the crop when it comes to putting those so charged behind bars. They are experts at securing convictions. If you are being indicted for a federal crime, you may rest assured that the case arrayed against you is substantial. Federal investigators seldom proceed with securing an indictment unless there is overwhelming evidence that you are responsible for a crime. Even though you may be completely innocent, once you are targeted for a federal prosecution, you can expect to be subjected to a rigorous and unrelenting ordeal. Partnering with a seasoned federal crimes criminal defense attorney may be the only way for you to demonstrate your innocence in court.

Many federal crimes involve crimes that are also offenses under Alabama state law such as drug crimes, white collar crimes like fraud, and gun crimes. Others are peculiar to federal law; for instance, counterfeiting is a violation of federal law but not the laws of Alabama. Depending on your charges, a conviction for a federal crime in the United States could put you behind bars for life and bankrupt you as well. Additionally, you are likely to be virtually unemployable following a federal crime conviction. Don't take chances with your freedom and your future. Speak to an exceptional federal crimes lawyer if you have already been charged or suspect you will soon be charged with a federal crime.

Thank you for contacting us. We will get back to you shortly.

Please complete all required fields below.

It is our mission to seek justice and fight to get your life back for you.